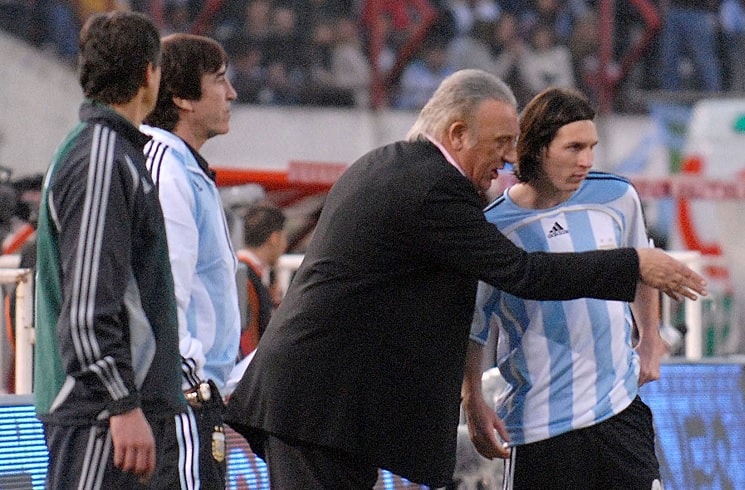 Alfio Basile became the last coach in Argentina to win a trophy with the national team ahead of Lionel Scaloni. Basile won the Copa America’s 1991 and 1993, in addition to the 1992 Confederation Cup, and in 1993 he lifted the Artemio Franchi Trophy.

Basile is the only coach to have managed both Diego Maradona and Lionel Messi. Speaking in an interview with Sports Miter, Basile was asked about Lionel Messi and Argentina and PSG. Here is what he should have said:

“The problem Leo Messi has is that in PSG, he plays on the right and Argentina plays everywhere, he makes everyone play and infects them. PSG has a very weak defense and is very complicated.

“Of course PSG could lose the Champions League because, for example, they had Messi and Mbappe and the whole team are not ordinary players.

“Leo Messi has always been something, not just now.”

About the Argentina national team:

“We are always getting better but we have to calm down and not make this a big deal. We have to wait to play the World Cup with the big European teams. ”

“Scaloni doesn’t surprise me, what happened is that I don’t know him because he has never coached. We could not say good or bad about him. I think he has done very well so far and is getting better and better. That is the most important thing. ”