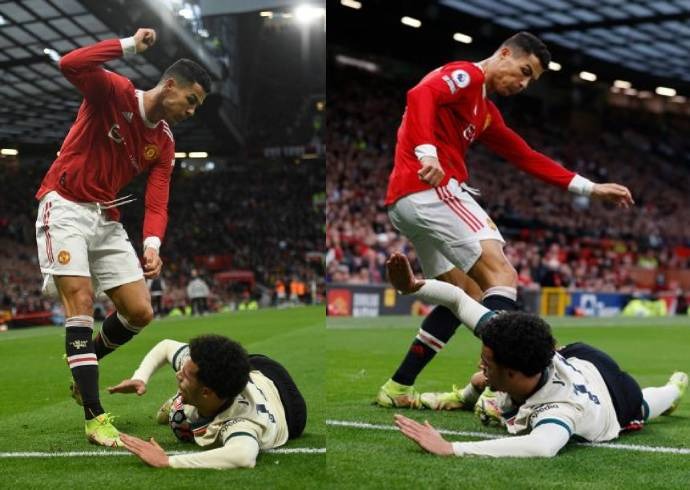 Liverpool beat Manchester United at Old Trafford and won 5-0 in a game in which Cristiano Ronaldo lost his temper and expressed frustration over an incident involving Curtis Jones.

In first-half stoppage time and with the Liverpool score at 3-0, Ronaldo was denied by Alisson before the 20-year-old midfielder won the challenge against the Portuguese.

Meanwhile, the Manchester United star fouled Jones, who fell on the pitch, until he was fired by an angry Ronaldo who could not bear to see his team beaten in the Premier League.

Jones was apparently upset by the behavior of his opponents as Liverpool players, including Virgil van Dijk and Andy Robertson, surrounded Cristiano Ronaldo, who was shown a yellow card by referee Anthony Taylor.