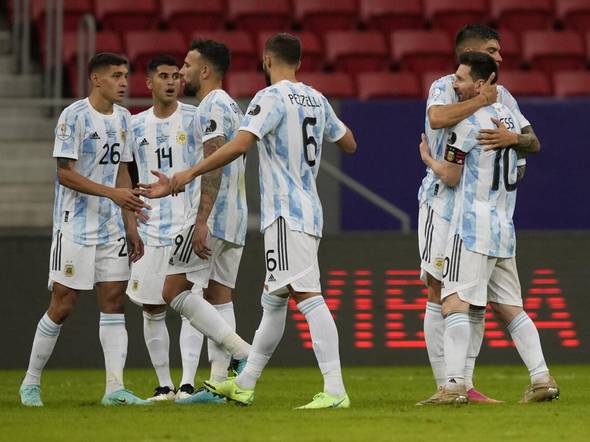 Argentina national team coach Lionel Scaloni found his team training on Wednesday as the first out of eleven rumors.

Lionel Scaloni will try to make it to 25 unbeaten games after his side’s 3-0 win over Uruguay in a World Cup qualifier 2022. Everyone was trained on Monday except Joaquin Correa. As we reported on Monday, Correa finished the final game without much fitness and trained separately for the rest of the team.

Lionel Scaloni will keep XI similar to those that started two games ago. Marcos Acuña, who missed the last game, had returned to training. According to TyC Sports, Gonzalo Montiel could replace Nahuel Molina as Molina has started the last two games.

There are rumors that Guido Rodriguez and Papu Gomez have a chance to start the match in place of Leandro Paredes and Gio Lo Celso. Both Paredes and Lo Celso started both of Argentina’s World Cup qualifiers in 2022 in October.

In addition, Angel Di Maria could return to eleven. Nicolas Gonzalez started the match against Uruguay and Di Maria came in to replace him. Here are eleven rumors: