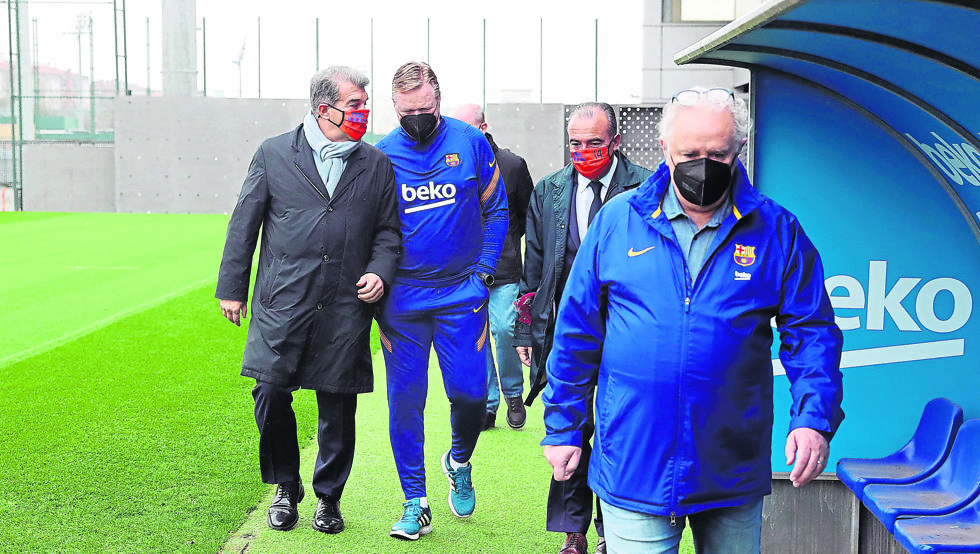 Despite Barcelona’s poor results in the last three games against Bayern Munich, Granada, and Cadiz, Ronald Koeman will continue his coaching career ahead of Sunday’s game at Camp Nou against Levante.

Joan Laporta has decided to take drastic action against Koeman’s future after the men had a chance to speak on their way back to Barcelona, ​​following the team’s 0-0 draw in Cadiz.

The president and coach reviewed the results on Thursday when both Koeman and Frankie de Jong were sent off by the referee for a red card.

However, Barcelona’s next three games against Levante, Benfica, and Atletico Madrid could determine Koeman’s future at the club, as the Blaugrana need to win in LaLiga Santander and the Champions League.