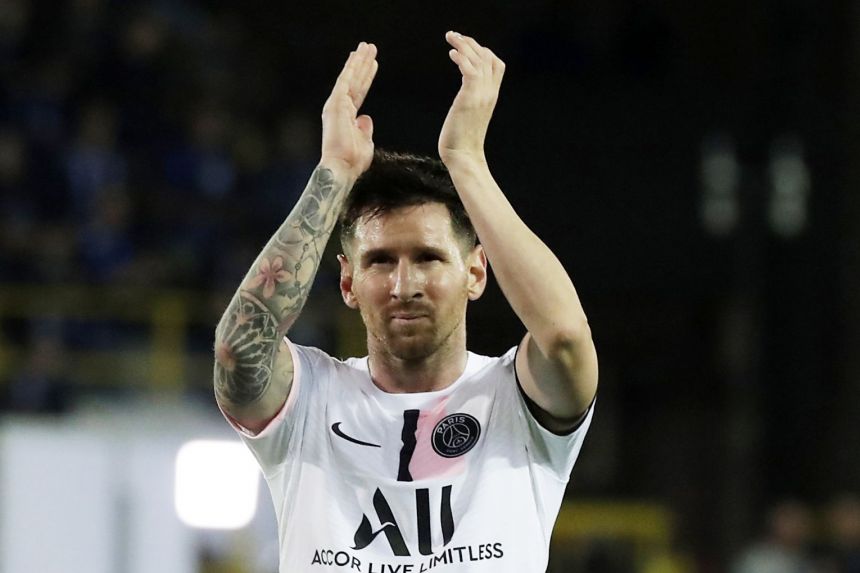 PSG got their Champions League campaign underway and Mauricio Pochettino was able to unleash his attacking trident of Neymar, Kylian Mbappe, and Leo Messi, but former England striker Michael Owen isn’t a fan, and in fact, feels the French side are weaker with the Barcelona legend.

Leo Messi shocked the footballing world when he departed Barcelona in the summer on a free transfer market, eventually joining PSG where he could link up with friend Neymar and wonderkid Mbappe. Many were salivating at the thought of the 3 playings together, and PSG were almost instantly installed as UEFA Champions League favorites.

Owen said on BT Sport” As much as we drool over them, this PARIS team with those forwards, they’re all phenomenal players in their own right,”

“But 3 players together makes it weaker for me and I don’t really understand why they’re one of the favorites for it the UEFA Champions League. I think the Premier League teams – Chelsea, Liverpool, Man City, and Man United – are far, far superior.”

While there was some pushback from Rio Ferdinand, Michael Owen went on to say that other players like PSG signed in the summer – Gianluigi Donnarumma, Achraf Hakimi, and Sergio Ramos are all more important

“I almost feel as though the signing of the likes of Donnarumma and Ramos gives them more of a chance of winning the UEFA Champions League,” Owen also added that, “than the signing of someone like Leo Messi .”

PSG were held to a 1-1 draw by Belgian side Club Brugge on their UEFA Champions League debut this season, with Ander Herrera scoring for Pochettino’s side.