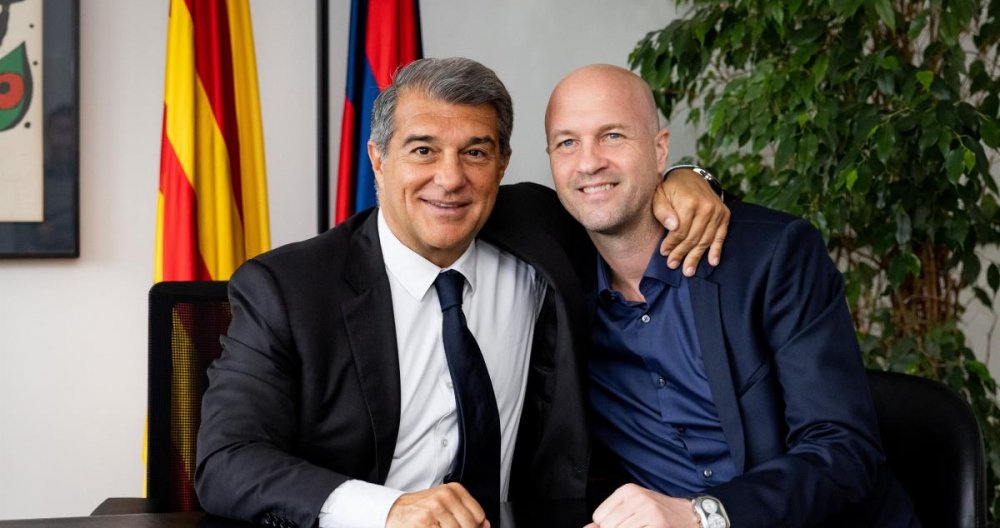 Should Barcelona fail to improve in the next few games, Joan Laporta may consider parting ways with Ronald Koeman, but finding a replacement will probably not be an easy task for the Barcelona president.

Laporta’s man who wants to replace Koeman is Jordi Cruyff, but the Dutchman is not determined to succeed in his homeland anytime soon.

“I will never replace Koeman on the bench, it would be bad and I have goals,” Cruyff told MARCA in July and has never changed his mind since then.

The former Barcelona player has a close relationship with Koeman, who was already a close friend of the Cruff family through Jordi’s father, Johan.

Therefore, Jordi Cruyff has no intention of betraying Koeman by replacing him as Barcelona’s coach, as he values ​​their friendship over the place in the hole.

Cruyff is adamant that he is not interested in replacing Koeman and it remains to be seen whether Barcelona will offer him this opportunity in the future.

Several players, including Ansu Fati, Sergio Aguero, and Ousmane Dembele, are expected to return to action in the next few games, as the board expects Barcelona to regain form.

Meanwhile, Koeman is aware that the next three games will be crucial in terms of his future at the club and he will aim to boost the club and fan morale following a 3-0 defeat by Bayern Munich at the Camp Nou in midweek.

After that, Barcelona will face Benfica in Europe and losing another match in the group stage could jeopardize Koeman’s career.