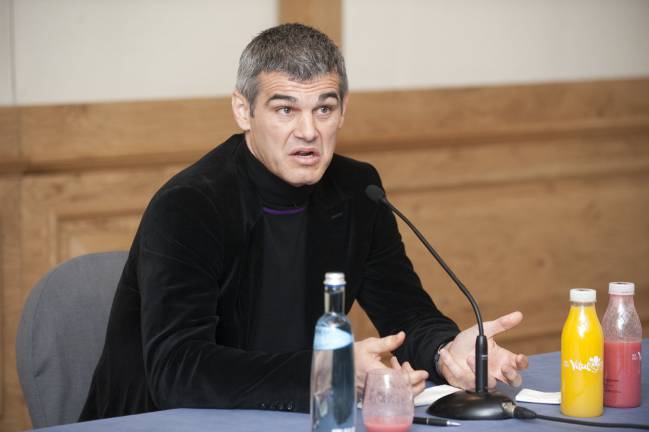 Joan Laporta’s mentor, Enric Masip, has lashed out at Ronald Koeman for criticizing the Barcelona president.

This comes after Ronald Koeman was unhappy with the way the details were revealed about his extension to the contract disclosed to the media a few weeks ago.

Although Barcelona have started small in the campaign, Masip reiterated that Koeman is still Barcelona’s head coach because the board has placed their trust in him for now.

“Koeman has expressed the view that to me, as a former athlete, the coach would never say the president can’t speak, because the president is the president,” Masip told ‘Onze’ on Esport3.

“That’s my opinion. The next day we went down to the stadium and hugged Ronald.

“Right now we are in a very bad situation. All we have to do is change the power. It’s a matter of trust and a change of power. When the coach is in his position, it is considered that he is given the confidence to continue.”