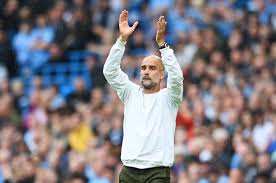 Manchester City won the match 6-3 but after the final whistle, Pep Guardiola urged ‘more people to come to his club’s meeting with Southampton on Saturday. His comments drew criticism from a group of Cityzens fans, who told him to continue coaching.

Asked if he regretted his comments before the Saints’ game, Pep Guardiola twice said: “Interpreting the interpretation. I will not apologize for what I said. This is not the first time I have said that in my work – I said FC Barcelona and FC Bayern Munich.

“When we played a tough game like RB Leipzig and played 3 games later against Southampton I know how hard it is, to ask us all to do it again on Saturday.