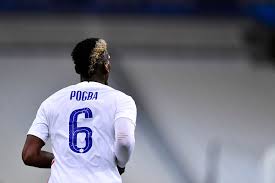 Paul Pogba’ss future remains the main topic of debate at Old Trafford with less than 1 year to run on his existing contract. Manchester United may be forced to sell the ex-Juventus star this summer if fresh terms are not agreed, leaving many of Europe’s top clubs on red alert.

Paris Saint-Germain are one of many European clubs to have been linked with Paul Pogba.

According to French Media RMC Sport, Pogba is open to the idea of joining the Ligue 1 giants.

the report also claimed that PSG was previously discouraged from moving for Pogba due to Manchester United’s £150m valuation, but around a third of that transfer fee may now be enough to land his signature.

Pogba is currently enjoying a rest period after playing 4 games for France at Euro 2020, with the France campaign ending prematurely at the last-16 stage.