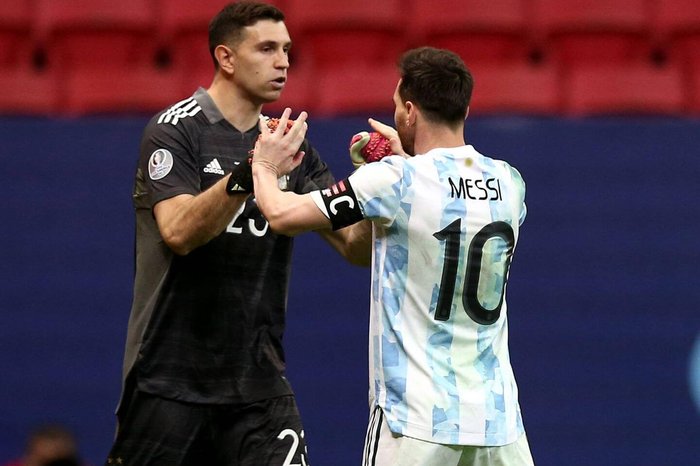 Argentina has passed a long 26-year title drought by winning the Copa America 2021. Lionel Messi has won the first major international trophy. That too lost to the eternal enemy Brazil. Argentina’s Copa America 2021 win this time is the whole Messi! But is the contribution of goalkeeper Emi Martinez less?

Below the goalpost was Emiliano Martinez. the goalkeeper has won the hearts of all in the way he blocked 3 penalty shots in the tiebreaker in the semi-final.

Even Messi Impressed by Martinez’s performance, Messi posted a huge compliment on Instagram. How did Emi Martinez feel after seeing that post? In an interview with the Argentine newspaper Mundo Albiceleste, he said, “I was overjoyed to see it. These words, these pictures that I will keep for the rest of my life. The picture of my embrace with Leo Messi is like leaving it for the rest of my life. Not only the Instagram post, but he also came to the semifinals and hugged me.

He said good things about me. Some of these have inspired me to do better in the Copa finals.

Martinez also added, ‘He posted a picture and wrote in the caption,‘ He is a phenomenon. Is there a way not to play well in the Copa final? I can give my life for Messi, I can even die. I said four or 5 months ago that he would be happier if he won the Copa America 2021 before me. I said it from the heart, that’s what every Argentine would say.

I think the Brazilians also wanted to see Argentina win the Copa just because of Leo Messi. Now my dream is that we can present the World Cup 2022 to Messi. ‘