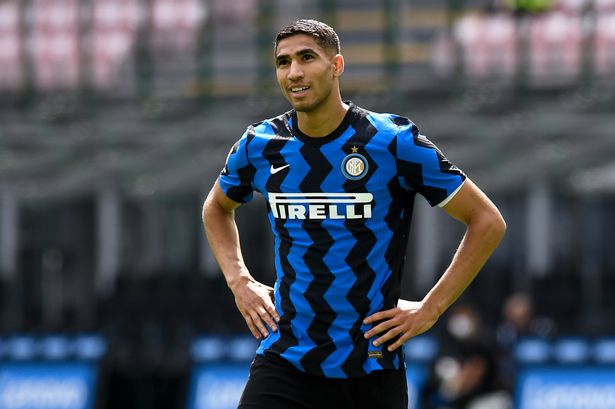 Achraf Hakimi has completed a major move to Paris Saint-Germain from Inter, but Hakimi agent Alejandro Camano admits it is still his and the player’s dream to return to Real Madrid.

Real Madrid had a chance to buy it this summer but have prioritized another transfer of the young defender, but his agent has indicated that the player still wants to play for his home team one day.

According to Marca Camano said”Real Madrid had the right to refuse for the first time until PSG and Inter said a deal would be made,” explained Camano.

“We keep the illusion and dream of Achraf Hakimi returning to Real Madrid because he was born in Madrid, grew up in Madrid, and, as a last resort, one day, would like to play for Real Madrid

Camano acknowledged that there was an interest in the European champions.

“Chelsea re-introduced Achraf. The fact that they are European champions probably pushed him back.”

Camano also said.”We are very happy with the arrival of Sergio Ramos,”