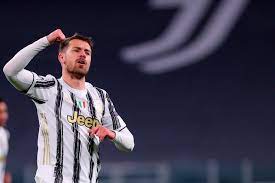 Wales international bid farewell to the Gunners in 2019 before joining Juventus on a free transfer, but their time in Turin was marred by injuries.

Juve reportedly hopes to bring Ramsey down as they seek to reduce their salaries and rebuild a new season, with transfer expert Fabrizio Romano saying the midfielder will be a

ble to return to London.

Fabrizio Romano told The Arsenal Lounge: “Aaron Ramsey would like to join Arsenal again. At Juventus, he is struggling, not playing, badly injured.

“He’ll be on the market at 100%, he’ll be there. If Arsenal wants to look for Ramsey, they know they have a chance.”

Aaron Ramsey has been named 22 times in the Old Lady’s Serie A this season – starting for 13 of them – a time when he combined with two goals and five assists in a league game.

The former Cardiff City star scored 65 goals and assisted 65 more at Arsenal between 2008 and 2019, making 371 club games and winning three FA Cups at the time.