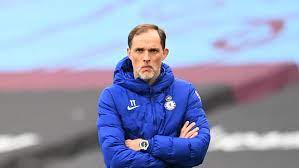 Brought to replace Frank Lampard in January, Thomas Tuchel has recorded 17 wins in his 25 appearances, losing only twice.

In addition to advancing to the top four in the English Premier League table, the Blues have reached the FA Cup and UEFA Champions League finals.

According to the Daily Mail, Roman Abramovich now wants to add the German Coach to the addition to his first 18-month contract.

The report also adds that Tuchel is delighted to write new terms after worrying about his short-term contract at Stamford Bridge outfit.

Should Thomas Tuchel sign a new deal, he will be kept at Stamford Bridge until 2023, when the club has an opportunity to extend the contract for another 12 months.