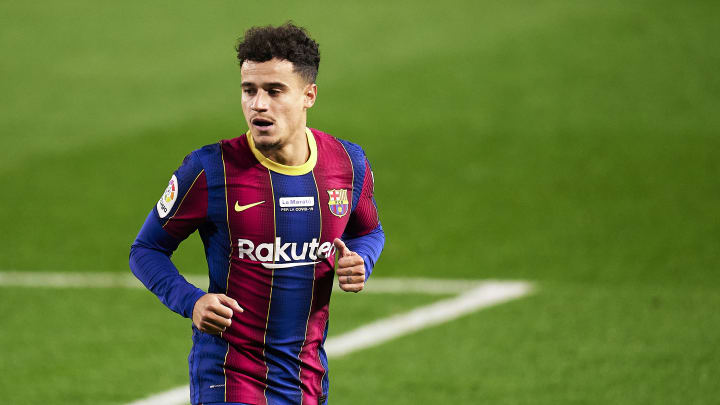 The Brazilian Midfielder starting a good season for Barcelona but has not played since January with a serious knee injury.

Philippe Coutinho was warned to return to the Premier League last summer when his Bayern Munich loan expired, although Barca coach Ronald Koeman opted to give the striker a chance to play at Nou Camp.

According to Marca reports says that a strong form of Barcelona without Coutinho means Ronaldd Koeman is ready to release him at the end of this summer, with Everton, are interested.

The report also added that the Toffees are ready to file a € 40million (£ 34.8million) bid for the Brazilian international player, although his partnership with Liverpool could be seen as a challenge.

Philippe Coutinho was linked with players such as Arsenal, Chelsea, and Manchester United last year, his existing Barca contract due to expire in June 2023.